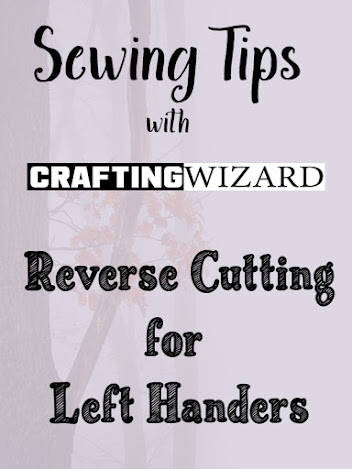 I've been sewing for many more years than I care to admit. Each Crafting Wizard learns more efficient ways to get things done. I'm a lefty and have had to adapt to a right-handed world. I now use right-handed scissors because when I was growing up, the ones for lefties were extremely expensive, if you could find them! Now they are readily available at places like Amazon. However, I find that the ones for fabric are still better for Right-handers so it leaves me with always buying those.
Using those scissors though, created some challenges like learning how to cut all over again. The other problem was that I found as I got near the edge of a pattern piece, the fabric would pick up and move away from the piece, leaving a gap. This gap, once laid back down after the piece was cut, would be crooked with much of it in the area that shouldn't have been cut. I learned a more efficient way to cut that not only helps lefties, but also righties.

Let me give you an example: Normally you would have scissors going next to the inside of the curve. The cutting blade toward the pattern piece. This is where your fabric would pull away and potentially go under the pattern piece. 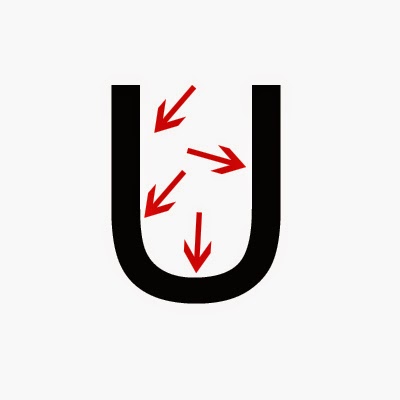 Now, imagine a bunch of pins sticking out and you have a disaster waiting to happen. My first attempt resulted in a bloodied piece because I kept getting stuck by those pins! Needless to say, I needed to come up with a different way of doing things. I decided to make a change in the way I was cutting. First, I only use scotch tape on my pattern pieces. I no longer use pins. The pieces lay flat and the pins never get caught in the scissors, or my fingers!
Next, I took my cutting blade (which is the bottom blade of your scissors) and put the outside edge of the blade (rather than the normal inside edge) next to the outside portion of my fabric. Going in a counter-clockwise position, I was able to cut completely around the entire piece and it was cut perfectly! 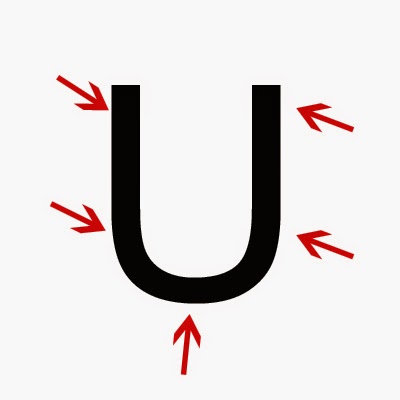 The end results were an easier and more efficient way of cutting that ultimately left no bloodied fingers! I hope you found this tutorial to be useful. Stick around and maybe I can pass off my craziness to you!

Posted by Denise aka wererich at 9:23 AM